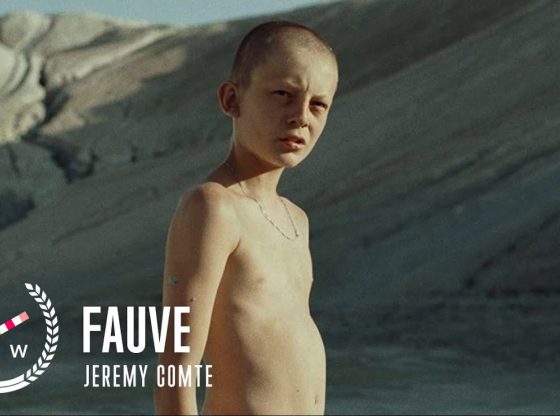 Set in a surface mine, two boys sink into a seemingly innocent power game with Mother Nature as the sole observer.

A selection of Short of the Week, the web’s leading curators of quality short films.

“A tale of two foolhardy boys goofing around in the Quebec wilderness, Jeremy Comte’s captivating short Fauve soon takes a dramatic turn that sees its young protagonists pitted against nature. Shocking and unflinching, this deserved winner of the Special Jury Prize at Sundance 2018 provokes strong visceral emotions in audiences, and its expert juxtaposition of the mundane and the horrific leaves an indelible mark on all who encounter it.

Fauve is a personal film for Comte, with the writer/director/editor putting a lot of himself into his production beyond the obvious blood, sweat, and tears. As a child, growing up in the countryside, Comte had a recurring nightmare about the exact sort of scenario depicted in the film’s most tense moments. A few years ago, an unexpected flashback of those memories prompted him to explore elements of his childhood in his storytelling and this echo from the past soon turned into the inspiration for Fauve.

Fascinated by the relationship between nature and human psychology, and by how our primitive traits manifest themselves, Comte’s decision to tell his story through two young characters was an inspired choice. His powerful screenplay has an uncanny authenticity, with dialogue flowing so naturally it’s easy to picture Comte, not so long ago, as one of those boys in rural Quebec, pulling pranks with his friends.

A good script is nothing without the performances to bring it to life though and Comte’s writing is elevated by the commendable and raw performances of the two actors, embodying both the naivety and cruelty of kids their age. It’s as if the director had Felix Grenier and Alexandre Perreault in mind when he penned the film. The biggest emotional impact is set up by the director, but the two young leads bring it home, knowing when to show vulnerability and when to act tough, with a very mature subtlety.

Being inspired by a dream, there’s naturally a strong lyricism to Comte’s style, with the location and cinematography playing an integral part of the audience’s experience. Shot in two different ways, Comte and his DP Olivier Gosset made the first half of Fauve look handheld (it actually isn’t!) whilst the second half maintains a more ‘locked-off’ feel. By filming this way, we experience the opening segment of the short through the wild and free perspective of the children, before feeling trapped, along with our protagonists, once the camera settles into more stable tripod shots… ” – S/W Curator Céline Roustan

Trying Chicago Deep Dish Pizza for the First Time! CHICAGO FOOD TOUR
10 Places in ILLINOIS You Should NEVER Move To