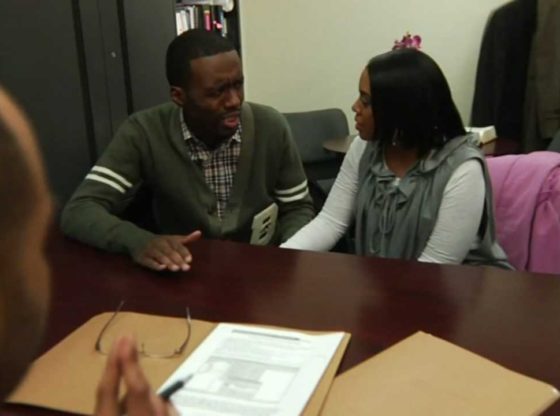 Maxim 13:22 Entertainment presents the online release of our first short film “Don’t Bite the Apple”…if you like what you see, please feel free to donate to our company: https://www.paypal.com/cgi-bin/webscr?cmd=_s-xclick&hosted_button_id=EMFZ5XV6RJDLG

“Don’t Bite the Apple” is a short film comedy about learning to love spiritually and forsaking the desire of the flesh. What happens when two people who love each other decide to go the spiritual route into marriage? Ladell Taylor and Michelle Woodruff decide to find out by going to their Pastor, only to find out that love really means sacrificing, and that includes sex before marriage. With the guidance of his best friend, Pastor, and faith, Ladell realizes he has to make some tough decisions and answer is this thing called love really that serious. This film tugs at the spirits and hearts of every person who is trying to live a fulfilling life of love, respect and honor in the eyes of God. The combination of comedy and a touchy subject makes “Don’t’ Bite the Apple” a film that will impact people of all cultures.

Filmed on the Southside of Chicago, IL in month of February 2011, “Don’t Bite the Apple” has sold out multiple screening throughout the nation and is the official selection of the 2011 Black Harvest Film Festival and the 2012 On Location: Memphis International Film Festival

Special Thanks To: Fallon Simpson, PHLI Clothing Boutique, Apostolic Church of God, and all the extras who came out to support!