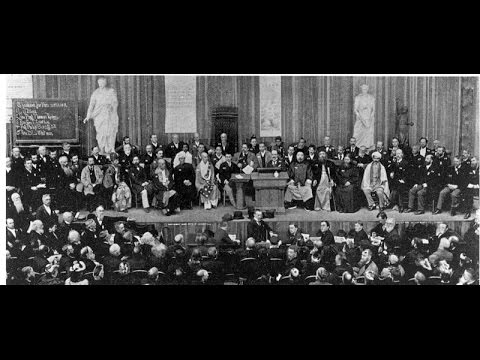 Read the text version at – http://iitk.ac.in/vs/Chicago_Speech_Of_Swami_Vivekananda.pdf

Swami Vivekananda represented India and Hinduism at the Parliament of the World’s Religions (1893). This was the first World’s Parliament of Religions and it was held from 11 to 27 September 1893. Delegates from all over the world joined this Parliament. In 2012, a three-day world conference was organized to commemorate 150th birth anniversary of Vivekananda

Impact of the speech –
The lectures of Vivekananda shook America and the whole world.[9] After the Parliament Vivekananda immediately became a hero in America.
Parliament of the World’s Religions (2012)
In 2012, a three-day world conference was organised by the Institute of World Religions (of the Washington Kali Temple), Burtonsville, Maryland, in association with the Council for A Parliament of World Religions, Chicago, Illinois to commemorate the 150th birth anniversary of Vivekananda.