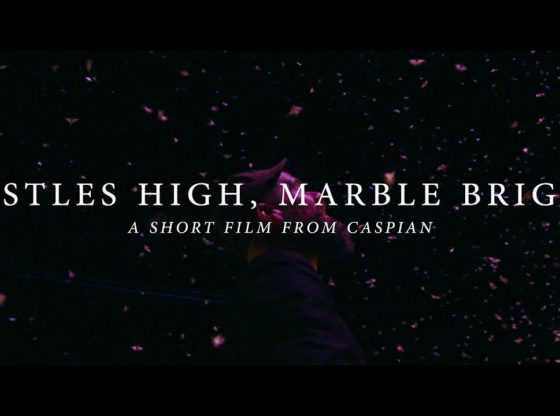 Castles High, Marble Bright” was conceived, written and recorded alongside the collection of songs that would become Dust and Disquiet, an album that we hoped spoke to the dialogue between a newly found, furrow browed melancholy and the fractured but unbroken sense of stubbornly epic, dramatically determined optimism that we’ve been trying to emulate with our music for 12 years. Hopefully we captured a bit of both. Looking back it feels like we captured the former, but “Castles…” speaks exclusively and entirely to the latter. With the end of this album cycle vaguely coming into sight, “Castles High, Marble Bright” is now our North Star, our way home, and our celebration of the decision to fully embrace the above dialogue head on together and see what comes. To the 6 of us, it’s an ode to adventure and all we hope is that it compliments or inspires one inside of you.

Speaking of adventure, we brought our friend Ryan Mackfall – “Live at the Larcom”, along with us on our recent European tour last August to capture the experience visually. Ryan has produced an absolutely gorgeous, powerful, truly epic portrait of what the tour felt like.

We invite you to click the little gear icon in the lower right hand corner, switch it to 1080p, set the video to full screen and crank it up to 11.