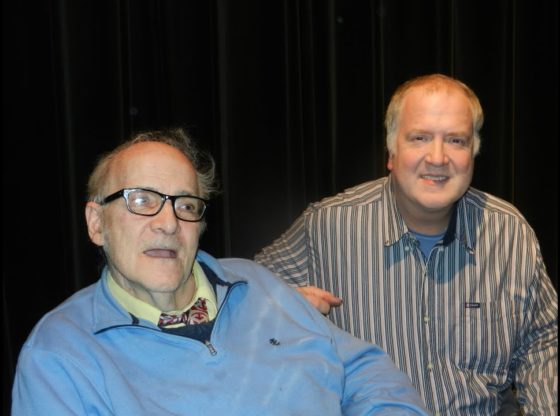 The long awaited indy documentary Almost There, the story of East Chicago, IN artist Peter Anton opened at the Gene Siskel Theatre in Chicago, IL Saturday January 10, 2015. The long awaited movie was sold out as producers Dan Rybiky and Aaron Wickendon complete their six year endeavor.
I surprised Peter and the crew by bringing his old friend and coworker Ted Pandeva to the event. Ted is a renowned librarian, astrologer and herbalist who worked extensively with Peter while putting together exhibits for the East Chicago, IN library.