The Impact of a $15 Hour Minimum Wage on Illinois’ Retailers 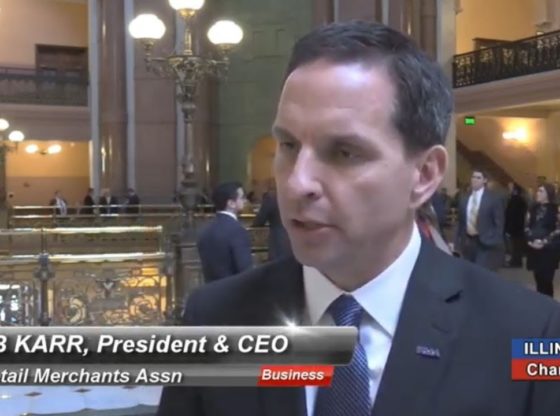 State Capitol, February 6, 2019 – Rob Karr, President and CEO of the Illinois Retail Merchants Association, shares the impact of a minimum wage on retail businesses in Illinois. Karr says too many of the lawmakers, where 2/3rds come from the Chicagoland area, are not fully considering the areas of the state where the business environment is nowhere near as vibrant as Chicago.

Karr also points out the layering of new costs on retail business, that has an average profit margin of 2%, could have their profits entirely lost if labor costs are forced to rise, in a period where online business competition is already forcing one mighty firms like Sears, into bankruptcy.