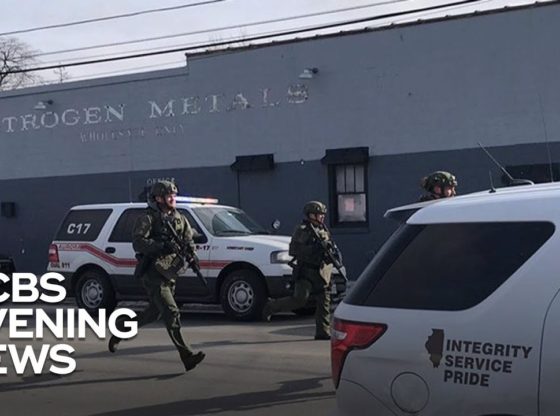 Multiple people were injured in a workplace outside Chicago including five police officers. The suspect is dead. The shooting occurred at a business that manufactures industrial equipment in Aurora, Illinois. Adriana Diaz reports.