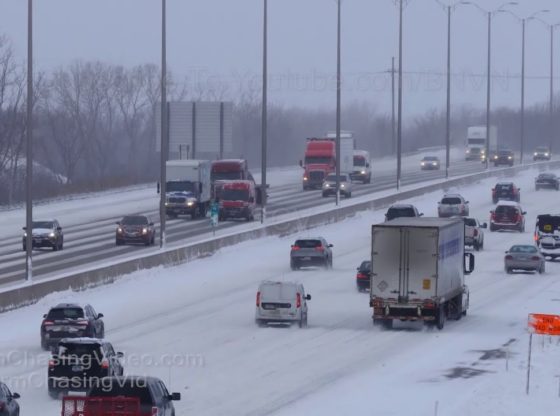 Jesse Walters of JWSevereWeather documents an accident, tollway conditions, and travelers at O’Hare International Airport. Moderate to occasionally heavy snowfall occurred during the late evening and overnight hours in the Chicago Metropolitan Area, leaving behind 5-9 inches of snow north of the Interstate 88 corridor.
Shot Description