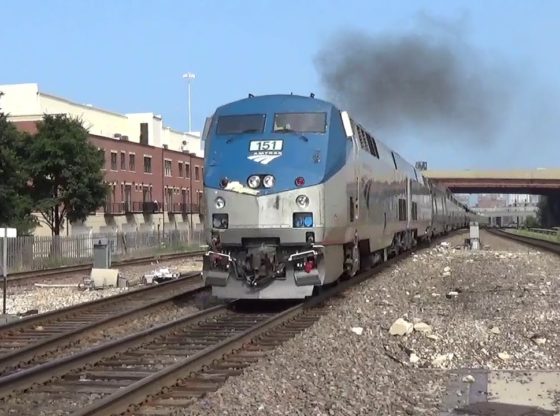 So the previous day I heard that these three private cars came in on Amtrak 8 from Seattle. So on this day I went and shot the Empire Builder back to Seattle, hoping they would return on with it. That didn’t happen, but I was notified by Aqua Scissors that they were on the Southwest Chief (Amtrak 3) to Los Angeles, so I rushed over to Halsted Street Station, although it ended up leaving late anyway, because Amtrak. The business cars are BNSF 1 (Gerald Grinstein), BNSF 4 (Missouri River), and BNSF 11 (Fred Harvey). The locomotives are AMTK 151 (P42DC) and AMTK 818 (P40DC).