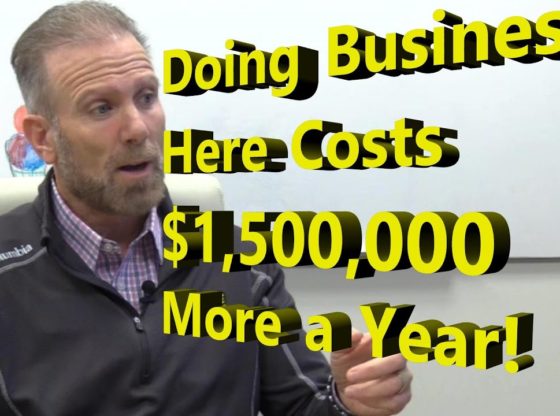 He tells us he loves Illinois. But despite Gov Pritzker telling Rabine he’d never leave the state — Rabine says, he’s not so sure. He is sure he doesn’t WANT to leave the state.

In this insightful one-on-one interview, Gary Rabine shares his story of forming a small business, working job by job to make it grow, and how now he says many small businessmen in Illinois are forced to question why they stay here.

He says if he left for Indiana or Iowa, his workmen’s compensation insurance costs would be so much lower, he’d save around ,500,000 ANNUALLY. And that figure doesn’t include the savings on property taxes, nor the increased costs being proposed by Gov Pritzker to have a progressive income tax system that would take even more of his annual income.

In the many conversations of taxation and regulations, rarely do we hear from those business leaders who are on the front lines of the economy — the very type of businessmen who create the majority of jobs.

Gary Rabine walks us through his world and why he says he and other small business leaders are so unsure about a future in Illinois.

Politics, Personalities, Policies and business developments! Stay in touch with one of the most politically active, and important states in the USA!