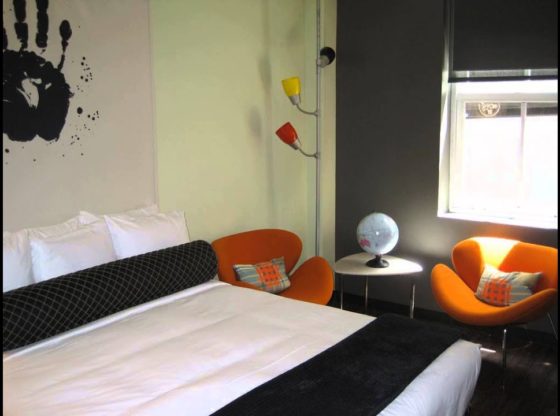 Prices: http://www.booking.com/hotel/us/acme-chicago.html?aid=866990 Acme Hotel Company Chicago 15 East Ohio Street Chicago IL 60611 This modern designer hotel in downtown Chicago is less than a 3 minute walk from the luxury shops of the Magnificent Mile and steps from the popular restaurants and nightlife of State Street. It offers on-site dining and stylish rooms with free high-speed Wi-Fi. A 46-inch flat-screen cable TV and iPod docking station are provided in each room at Acme Hotel Company Chicago. They include a minibar and each room has hardwood floors. Guests can work out in the fitness center during their stay or relax in the hot tub or sauna at Chicago Acme Hotel. A business center is also on site. Navy Pier, Lake Michigan, and Millennium Park are one mile from this hotel. Chicago Midway International Airport is 12 miles away.